The big stone market has changed quietly, and the domestic products are "second spring""

I do not know since when the big stone market has undergone a slight change. The traditional hot stone Altman, Magnolia varieties such as the "screen" heat gradually cooling, and the new domestic varieties of the exquisite gorgeous stone of the impact of the consumer market, has made some old stone industry, with every kind of fresh blood, full of vigor of the second spring".

The decline of traditional varieties, to a certain extent, is determined by the nature of the stone itself. As a result of the natural characteristics of stone, it is doomed to the same as oil and coal, belong to non renewable resources. In the decades since the rise of the stone industry in China, with the rapid development of the construction industry, the "appetite" of the huge Chinese consumer market has eaten a considerable amount of stone stock. With the decline in reserves, smart foreign miners introduced a variety of restriction strategies, such as mine cooperation deposit, or annual planning, limited mining, domestic dealers are a heavy blow.

Another reason for fighting domestic varieties is the cost factor. The traditional popular varieties, although after a long period of precipitation in the market, do not worry about consumer approval and sales, but at the same time it also brings a compression of profits. More competitors, price wars are more intense. Long term vicious competition, profit margins have entered the era of meager profit. This is obviously not good news for the stone industry with higher operating costs. Under various factors, the rise of domestic varieties seems to be the inevitable result. 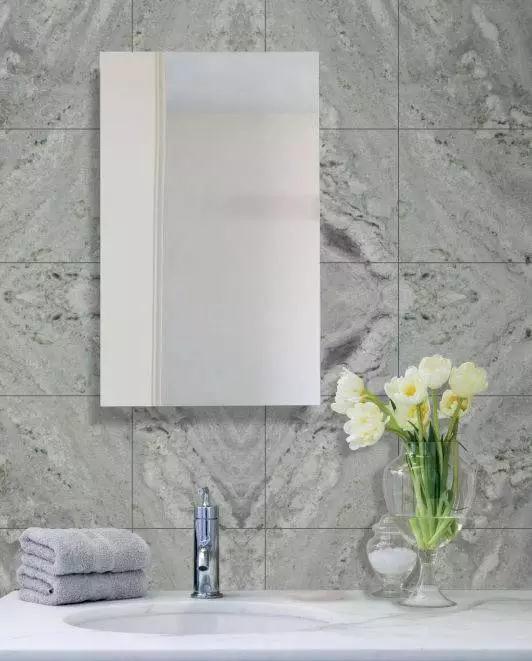 Although was the era of favor, but domestic new varieties of the onslaught of the road is not smooth. In recent years, a hand to make environmental protection, has been recognized by many domestic star mining face shut down, then quit the stage of history, new mines on the other hand to comply with the standards of production obtained for rise head and shoulders above others. New varieties of spring tide are sweeping the stone consumer market, and the long road of promotion how to go, let us close to the ore side, listen to what they say.

01, turn iron ore into the line

Shangnan jade, is the brainchild of Chen Li. But to enter the stone industry, but from a fate coincidence.

The story of Chen Li and mine dates back to twelve years ago. At that time, he operated a metal mine. A chance to make his unique gift of nature stone found in mining, hard texture, varieties of jade jade — Shangnan lily-white skin. Green color and texture the unique charm of Chen Li marvel at nature's preliminary exploration, extraordinary as if done by the spirits, the jade ore bandwidth of about seven or eight meters, length of five thousand meters. Rich reserves and unique charm of jade, Chen Li deeply impressed. He decided to be handed over to the father of metal mine with their own hands, and Shangnan jade, gorgeous transformation opened stone life. 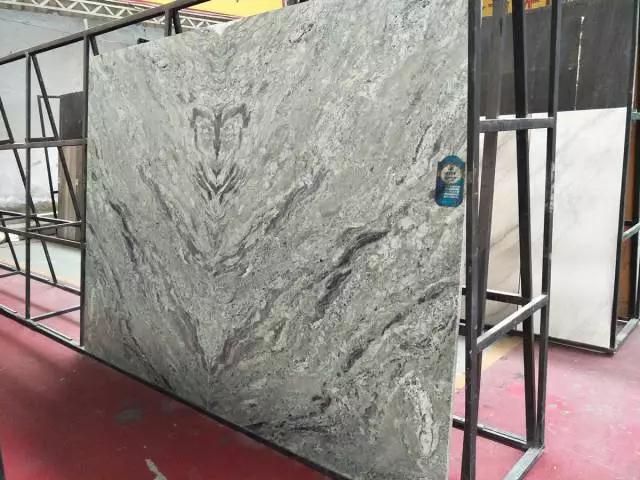 The unique green jade plate Shangnan color and texture charm to make Chen Li marveled at the nature of the extraordinary as if done by the spirits.

Chen Li at this time, in front of the stone industry or a blank sheet of paper, everything is urgent to learn. Through the preliminary mapping for several months, his way south, with the promotion of positions on the South jade stone center, world stone of Chinese head.

Everything is difficult at first. Empty confidence in the product, the most tangled is no one knows. In solving the problem of machining, Chen Li made the first "promotion of Shangnan jade explosion". Combined stone industry in the next line of the major professional media, advertising, online through the industry website, the public platform, the WeChat group of stone quantitative channel promotion. The work will have a harvest, after two months of continuous efforts and fermentation, Shangnan jade exposure rate steadily, consumers began to show interest in it has a rare color of jade, jade market gradually opens the door to the south.

After the initial success, Chen Li opened the Neiwaijianxiu road. "At that time, with the gradual increase in popularity of the varieties, the market for our products recognized and accepted slowly, but also brought about another side of the trouble." Sales rose, although gratifying, but as a new stone mine power, the initial lack of capacity, really have an impact on sales. Weigh again and again, Chen Lizai between the credibility of enterprises and sales of the former, all the current plate sales, until through the capacity crisis. 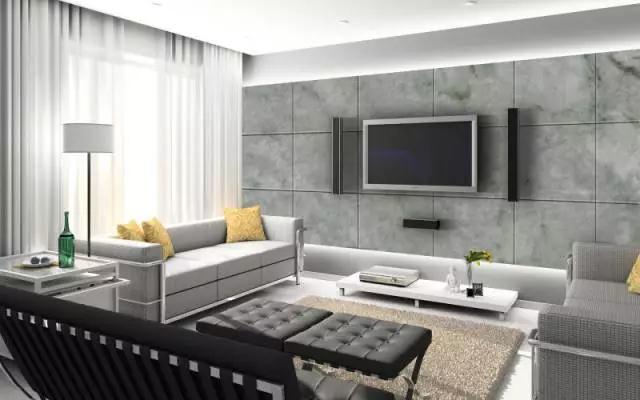 In the case of the rear to protect, for market preferences, Chen Li on the processing quality of jade, cutting patterns and other in-depth exploration. At present, jade stores in Shangnan twill, stripes and other lines for consumers to purchase, and the next step will be based on market feedback, and to decompose the directional cutting stone texture, will be more suitable for decorative stone grain processing quality upgrading, to lay the foundation for the next step of marketing.

In the pursuit of processing quality, Chen Li has been exploring. In order to ensure the quality of products, Chen Li appointed Commissioner at the long-term supervision of processing plants, processing quality and processing at the same time, also to jointly explore the processing method is the most suitable for commercial jade. Continuous improvement, the product has been polished to become more sophisticated. Choose strong, such as stone enterprises headed by Conley processing point, also make them become the partnership. Now, from the processing production base of the fresh sheet part will directly into the stone processing enterprises store sales, which also indirectly to expand sales channels in Shangnan jade, but also won the business and customer resource quality.

Despite entering the stone industry soon, but Chen Li is full of confidence in the future of Shangnan jade. "Foreign stone species in the domestic popular for many years, but also to the domestic varieties of talent show time.". Now many good new mines have entered the domestic consumer market, believe in force of joint efforts, will bring a wave of impact on the stone industry." For the future, Chen Li said it will improve production capacity, strict control of quality, on this basis, and then through associations, exhibitions and other resources for multi-channel promotion. During the talks, Chen Li will jade Shangnan story, this story is just beginning. 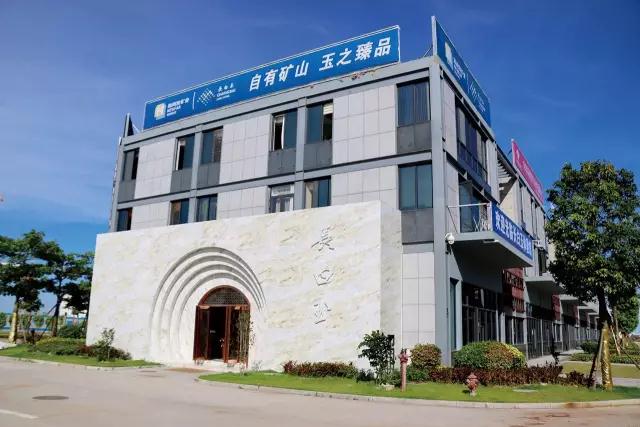 From May 2016 with the long white jade in Haixi stone city to November 2016 Museum grand opening, the new Yu hair mining sales operation director Lin Shuiqiu in just six months time. In the first half of this year, he and his team of designers of day and night, only to let the long white jade Museum bloom timing.

As for the Changbai jade which was discovered in 2015, it is regarded as a new breed. The stone mining to completion to the museum to the international market, Lin Shuiqiu only two years will produce the satisfactory answer. And even the Changbai jade such domestic varieties leader, but also in the early stages of promotion into misunderstanding.

The beginning of the operation, the new Yu hair chooses a single development strategy of two level dealers and not for the end consumer market, the mine output blocks directly sold to the major dealers. This model allows new Yu issued in the early days of business will not worry about the market, but the problem has slowly emerged. For the promotion of new varieties, the miners do not directly control the market, the direct consequence is uneven quality of Changbai jade are sold in the market, greatly affecting the variety of word of mouth. Word of mouth is not stable, sales do not go, naturally affected the delivery of the mine. Disadvantages recalled the initial model, Shuiqiu Lin said, "at the time of the two dealers, sales staff do not know the characteristics of the product, not familiar with the characteristics of varieties, that is not what consumers can expect to have the understanding of Changbai jade. I was accusing them of saying that you sold long white jade to junk." After in-depth market discovery, the new Yu hair removed all two agents, determined to personally create a variety of white jade.

Of course, this is not an easy task. The problems in the market have to be solved one by one. "Before the problem is that consumers can not see the actual application of this new species, the salesman is not active in the introduction of products, the natural market reaction is poor."." According to the analysis of the market chaos, Lin Shuiqiu made the decision to build the museum experience. Experience museum will be the most precious jade two characteristics – color and texture design applications, the long white jade with the natural beauty of the more intuitive display to consumers.

Now, to experience the museum to promote the position of the Changbai jade, to further strengthen the cooperation with the designer. Through the promotion of matrix of museum experience continuous fermentation and designer alliance, Changbai jade to open the international market successfully in Southeast Asia, Qatar, Dubai and other Middle East, at the same time through the Dubai exhibition, Italy exhibition and other international exhibition participation, combined with The Belt and Road, Xinyu will excellent domestic stone products to the world. 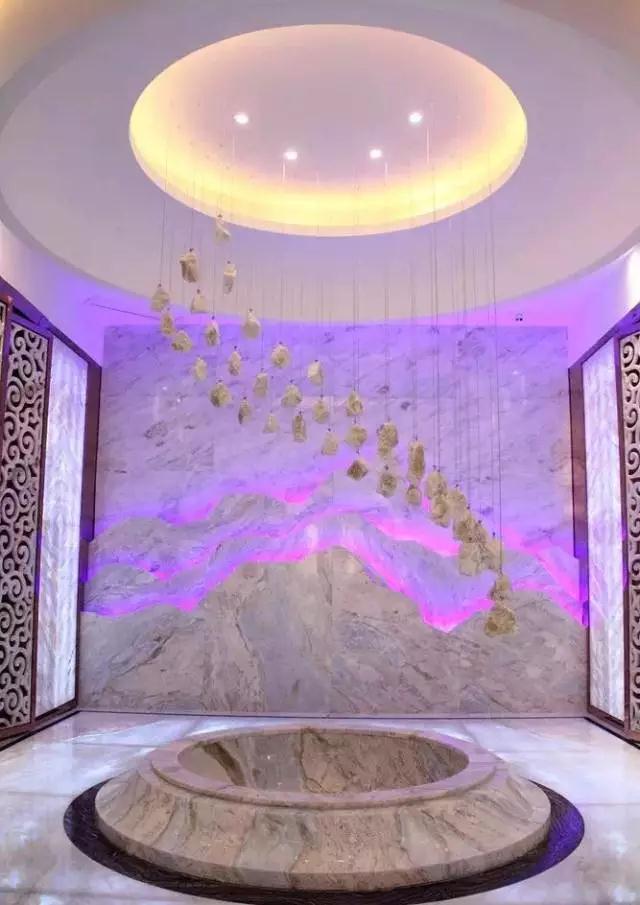 Where do you fall from where you climb?. In the dealer's new "Yu Yu", in the experience Museum model after the new set sail, with a new understanding of the two agent model, and re opened the chapter. This time, "Lin will Shuiqiu gold dealers" strategy, based on the control of the headquarters, reserved for the dealer enough profit to prevent the emergence of mutual prices; secondly, the new Yu will processing factory in Changbai jade texture and color, surface as the basis, divided into three grades each level, for the consumer market with uniform price, from the source to prevent price chaos there.

The future, Lin Shuiqiu hope and processing factory, design companies and home improvement companies combined to create a one-stop service platform exclusive long white jade. The service will be simplified into a "one-stop" package presented to consumers, the consumer experience of stone made fully and delightfully more open, in order to Jiezhuang market. Although the future is far, but rules